Now that my boys are back after a week with their dad I wanted to spend another day just doing fun stuff. We wanted to have a "mummy day". I sent a last minute text to my boss asking for Monday off to hang with my peeps, and he said "YES". Thank goodness!

Son # 2 is right into his Lego and #1 was into Lego when he was younger and sometimes extends his expertise into telling his younger brother how to build certain things! Cue a Lego exhibit!

The Museum of Sydney currently has a Sydney Harbour Icons exhibit going on. Think Sydney Harbour Bridge, Opera House all made from Lego! The boys and I jumped on a train in the morning and headed into the city. I had pre-booked tickets so all we had to do was rock up!

It was amazing! Each model had a sign telling us the amount of hours and Lego pieces used! We tallied it up and it was a total of over 1600 hours and hundreds of thousands of pieces. One of the great things about this, being geared to kids, was that under each icon was a massive pool of Lego pieces and stools all around so the kids could then sit and build their own Lego creation. Both fellas build a kooky looking building then placed them with pride on one of the tables around the outside of the room. These tables were specifically for the kids works of art! 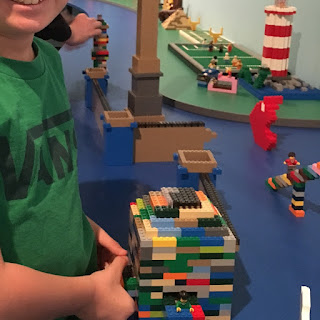 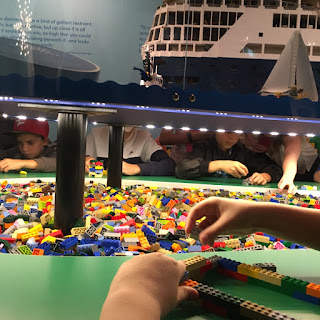 After our allocated time (one hour, which as just enough) was over we then wandered down to the Rocks for lunch at one of our fave restaurants, Nakashima. They have a beef sashimi to die for. It comes out displayed like carpaccio, and its just so delicate and beautifully flavoured. We haven't been there for lunch before, so quite a few of our favourite dishes weren't on the special lunch menu (a salmon dish, tempura, and an eggplant dish we love) however I did convince the waitress to let us have our beef. We just shared some gyoza, some agadashi tofu, the yummy beef sashimi and a teriyaki chicken box with salmon sashimi, rice and miso soup. 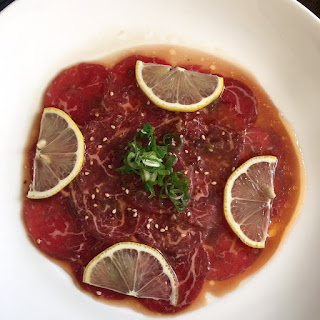 Our plan for after lunch had been to wander down to the Sydney Observatory, however Boy#1 had a better offer come in of movies with his mates that afternoon. The planets and space and the like are a big thing with the husband so we made an executive decision to leave that outing to a time when he could come with us. So...after eating our yummy lunch we headed off back to the train station, with an essential stop off at an ice cream shop along the way!

I just love these days when I have the boys to myself and we go out and explore the world.

What are you doing in the holidays with your kids?