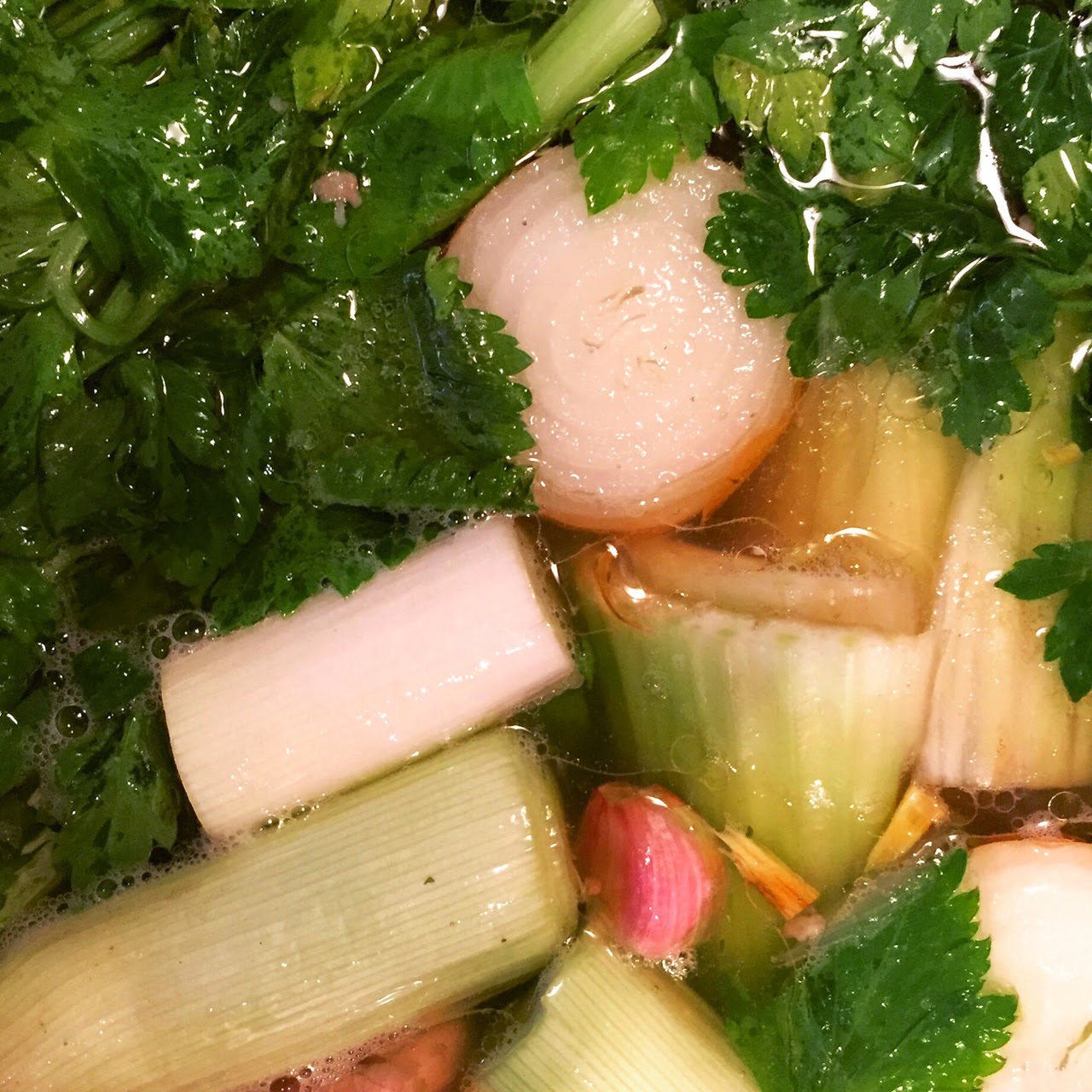 Home made stock - I have made it on & off over the years. With the arrival of the first-son, I very earnestly made vegetable stock to use as a base of some of his first-foods and have continued to make chicken stocks to use as soup bases and the like.

Over the past few years, stock and it's slightlier blinged-up friend, broth have been popping up here, there and everywhere in blog land, with their perfect simplicity and health benefits spruked by many.

So, recently, I took the time to make a Three day broth (more like two & a bit, but yup, a while!)). I followed the method of Michelle Schoeps and peeps, it was a cracker!

Basic run down is:

Day One
Chicken (organic - can use whole chicken or chicken wings, pieces etc), onion (halved) garlic/whole head (halved), bay leaf and pepper corns into the largest pot you have (I have a 6 litre stock/pasta pot).
Cover with water, filling all the way up the pot, leaving about 5cms at the top
Bring to a simmer
In the first 10 to 15 mins of the simmer, some "scum & bubbles" will form on the surface. Skim these off with a metal spoon
Reduce right down to a very low simmer and leave on the stove for atleast 6 hours - the longer the better
Note: Do not leave unattended - if heading out, just turn the stove off and turn back on when you get back)
Leave pot to cool on stove top over night.

Day Two
Remove the chicken and set to one side.
Add Veggies - I went with half a bunch of Celery, a leek, 1kg of Carrots (peeled and roughly chopped), another onion and a bunch of flat leaf parley.
Place stock on stove and return to a low heat.
Simmer for atleast 6 hours - the longer the better.
At the end of the evening, leave pot to cool on stove top over night.

Day Three
When full cooled, remove what veg you can, and straining through muslin and sieves, stain into jags & containers, ready for the fridge or freezer.

So far, it has been a soup base for the boys, has been added to the weekend slow-cook bolognese and after being inspired by a post that I found on @minimacmeals, I took it to work as a lunch option a few days last week - yum! xE