A camping we will go! 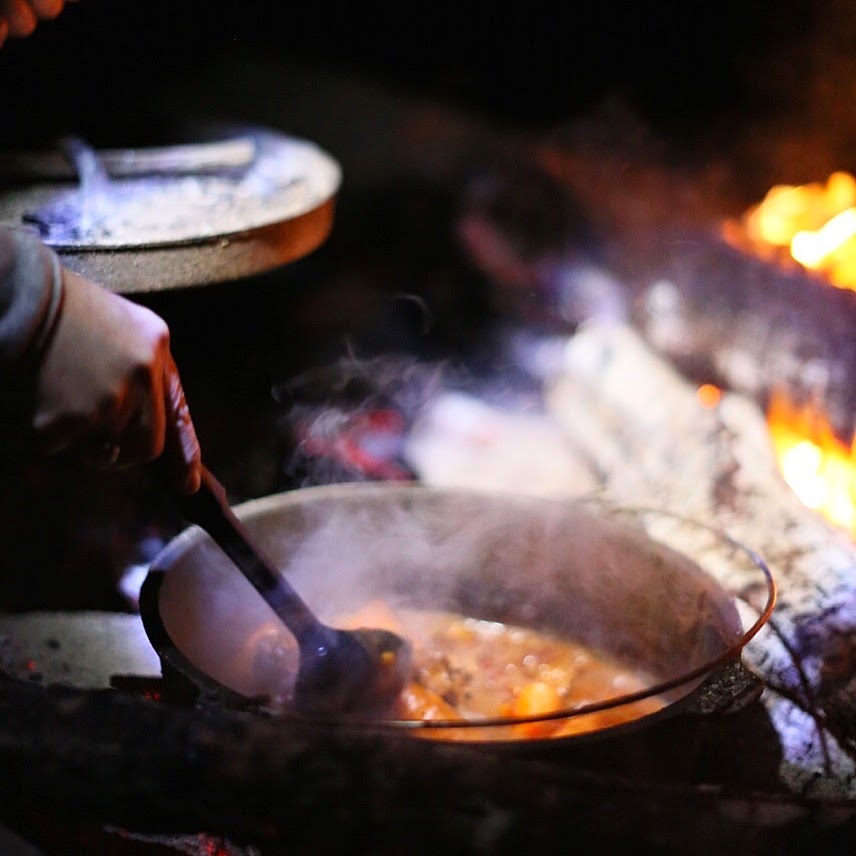 So S mentioned in her post last week that they were about to head off camping, and that reminded me of a short cut that we had stumbled upon for our last camping trip and to be honest, it was an absolute beauty!

We are usually "shoulder season" campers.....ie we usually go in either Spring, or Autumn. This way the days are usually mild, and the nights crisp but not too cold. Also, we are not "epic" campers - we will usually go for around 3 nights - so food and water are relatively simple and the general sandy, gritty, i-need-a-showerness of the whole camping vibe doesn't become too over whelming!

We have large esky and will usually freeze large drink bottles and ice packs to keep it cold. On our trip at Easter time last year, while meal planning for the trip, we decided to make a beef stew for one of the dinners. We had been planning to buy a camp oven (large cast iron pot and handle & lid) and wanted a recipe that would test it out.

The week before we left, I bought a kilo of chuck steak (cubed). In a large bowl I put together all the ingredients that you need for a basic stew - diced celery, tinned tomato's, chunks of carrot & potato, beef stock, herbs etc etc and then mixed the diced beef through it. The mix was quite thick and not too wet. I divided the stew mix between two large snap-lock bags and then laying them flat in the freezer, froze them.

When it came time to packing the food, the two frozen bags of stew contributed to the general "ice-packs" used to chill the esky. We had planned to have the stew for dinner of the second night, and the bags stayed well frozen in the esky until needed.