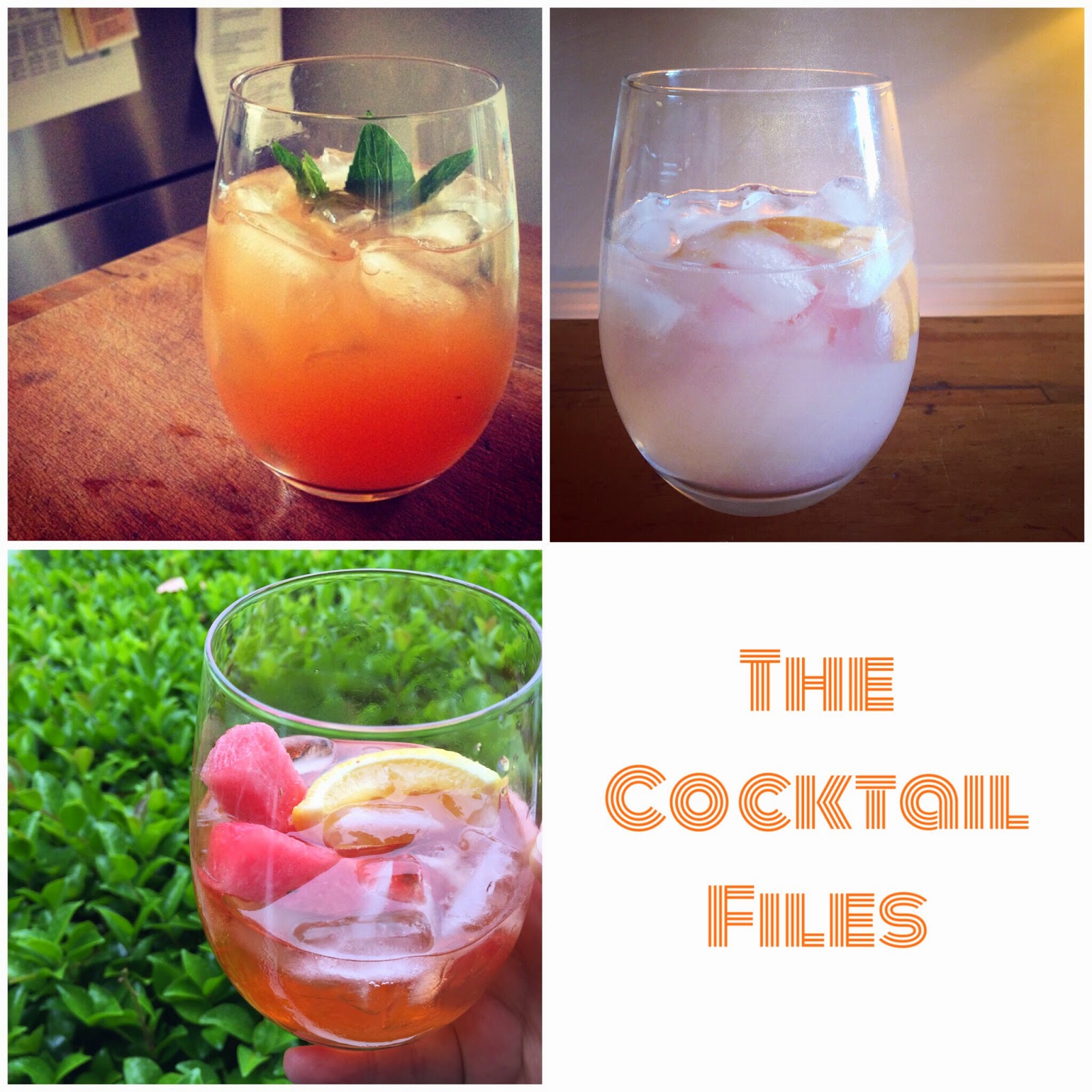 Top Left - The "It's-Friday-afternoon-one-son-has-played-five-a-aside-soccer-already-one-son-is-at-basketball-and-the-other-is-having-a-sleepover-I-need-to-sit-down.
A saucy little mix of Vodka and Blood Orange, with a dash of Soda, served over ice, with a jaunty mint garnish. Best sipped alone, relishing the silence of a (very rare!) empty house at 5:25pm on a Friday evening.

Top Right - The Doubting Thomas
A refreshing combo on Vodka (yes, vodka may be the only spirit we currently have in the house....) Fresh lemonade, a dash of Lemon, Lime & Bitters cordial and a squeeze of pink grapefruit juice. Garnished with a slice of the Grapefruit, the Doubting Thomas is best enjoyed when you have declared the glaring lack of mixers and/or cocktail options, and have loudly bemoaned said situation..........only to be proved wrong by your other half.

Bottom Left - The Shouting Thomas
Served to settle the nerves after an afternoon of end-of-year-itis induced, cross-generational shouting matches, The Shouting Thomas consists of Vodka, Triple Sec (yes, we found it at the very back of the cupboard!) Pomegranate Cordial (also at the back of the cupboard....with the Triple Sec) a dash of Bitters and squeeze of lemon, all served over ice, with a slice of lemon and watermelon batons for stirring - bitter, with a dash of sweet, and packing a punch, the Shouting Thomas is the perfect aperitif to settle those frayed nerves.