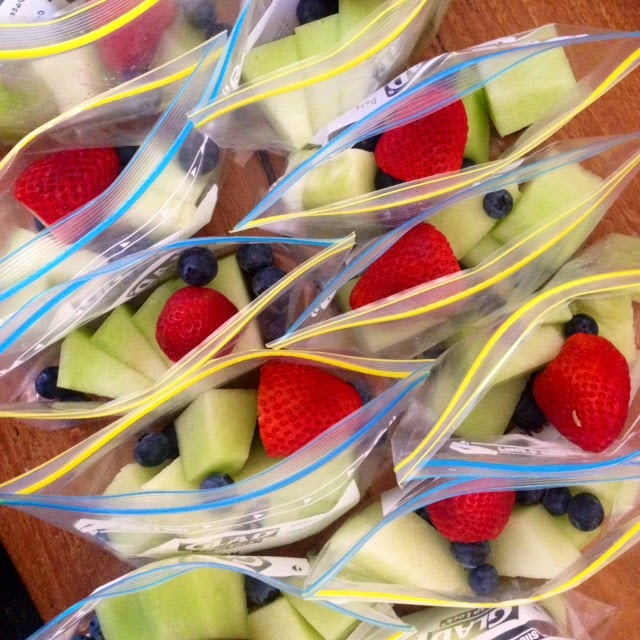 For me, mid-November is around the time that s.e.r.i.o.u.s. lunch box fatigue sets in (I did a quick facebook/instagram post about this last week).

I had to sit down for a little while when I recently realised that, as the boys went to a pre-school that required them to bring their lunch, I am currently at 11 years of school lunches......and looking down the barrel of another 10.

It is this time of the year that all the inspiration has been used up (totally, totally kaput) and it is all I can do to spread a bit of Vegemite on a friggin corn thin and say "good luck to you all!".

Over the last week or two, as I started to feel the fatigue setting in, I have tried to counter it. This year, I have gone down the organised route. I prep as much as possible on a Sunday and have it all in the fridge, ready to go. That way, there is the least amount of time spent, both making decisions and assembling in the morning.

This has involved frozen smoothy pouches, fruit bags, banana cake or muffins, along with my brand-new creation - Spaghetti Cups.

Totally not a new idea and inspired by Son #1 talking about this amazing "spaghetti slice thing" that one of his friends brought to school, the cups are basically a fantastic way to use up any left over spaghetti.

I mix cold spaghetti with some cooked bacon & onion, chopped parsley, tomato paste and cheese, with salt & pepper to taste. (I have found that on the cheese front, a combo of Parmesan & shredded mozzarella works well)

Once all ingredients are combined, divide into a non-stick muffin pan (make sure you press it/pack it in to make quite a firm "cup" - you do get some shrinkage during the cooking).

Allow to cool fully in the muffin pan, then store in the fridge. Winner!
xE 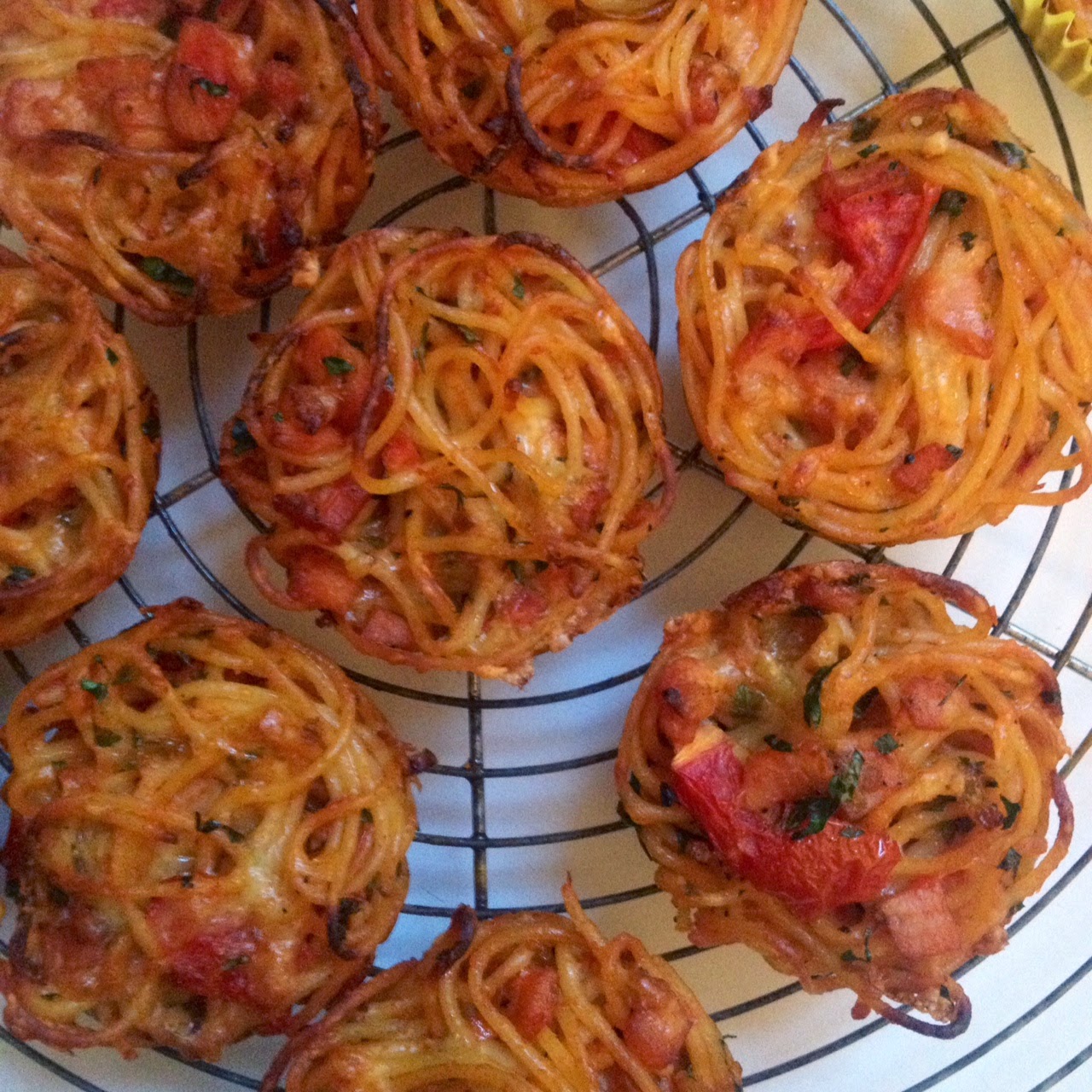